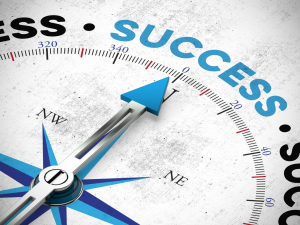 Making money as a publisher or affiliate isn’t easy. Writing, tracking, coding, media buying and so on – it can get really complicated. Yet when you speak to successful affiliates, time and again the same themes emerge: that building a good website or buying the right traffic only goes so far. Other, less tangible factors are often what truly make the difference between success and failure. We talked to four publishers from around the world to find out what makes them winners.

It is that time of year again, when the leaves start to go red and gold in New England, the sun in Florida shines like it always does and an affiliate’s thoughts turn to what makes a great network partner. As the Blue Book survey enters the final stretch, we decided to reach out to four high-volume publishers to find out what Clickbooth, our 2019 #1 ranked CPA network, does well or not so well, and how they help to drive affiliate success.

We chose our publishers to represent a broad spectrum of approaches and traffic types. Several of them run their own internal media buying teams as well as large websites benefiting from years of SEO investment and producing organic traffic at scale. What all of them have in common is that drive and commitment that you see in all great online marketers, and an insistence that they be able to trust whichever network they choose to work with. For these four successful affiliates, the integrity of their network partner is non-negotiable. These are their stories.

Dean M. has been working with Clickbooth since 2016 across a wide range of verticals: skin care, nutra, auto loans, insurance, credit repair, you name it. “If they have it, I’ve tested it, ” he says. He typically works with three or four networks at a time, though Clickbooth is his favorite.

“I love how quick it is to get campaigns up and running on Clickbooth. Their system seems to auto-approve campaigns up-front, at least for me, and they have a super-easy pixel system with a global pixel that fires on every offer. Their platform also offers effective auto-optimization. It  helps a lot, particularly since I run a lot of Facebook traffic where it helps with optimizing across multiple offers. It’s simple to set up fall-back offers too so it works really well for me.”

Dean’s enthusiasm for his work shines through when speaking with him, and it’s clear that personal relationships are important to him:

“My publisher rep is Jen Miller. She gives every impression of being online 24/7. When I email her, I’ll get a response back within 20 minutes. It’s amazing. She’s also great at keeping me updated and is good at bringing me suggestions of offers that are killing it. I find that other networks don’t do that nearly as well. Clickbooth is a much more personalized experience – they don’t just try to push a particular advertiser on me regardless of whether it might be a good fit or not.”

Well, how would you sum it up, Dean? He’s has a soundbite at his fingertips:

“The way I look at it, Clickbooth’s platform is at least as good as anything else in the market, and the support is 110% better than anyone else. Why would I go somewhere else? Honestly I think they’re phenomenal, really top notch.”

Kieran Williamson is based in New Zealand. He’s been in the industry since 2005 and has focused largely on dating offers for the last eight years. He comes across as a natural fit for affiliate marketing, constantly on the search for new opportunities:

“We tend to work with two main networks at a time, together with a couple of smaller ones that we might be testing. Offer caps are a constant challenge for us so we’ll often run the same offer from two different networks and we regularly find that the EPCs are different even when the payout is the same. What’s interesting is that when we split-test the same offer from two networks, the one from Clickbooth consistently wins. Why is that? We know it’s not the landing page because that’s usually the same so I think it comes down to Clickbooth having good and direct relationships with their advertisers, and with them understanding the small technical details that add up to make a difference.”

Technology plays a part in every affiliate’s success and what comes across in so many of these kinds of conversations is just how much of a difference a well-designed platform can make:

“Clickbooth’s platform is brilliant. Really innovative. We can test a bunch of new traffic sources and it’s smart enough to pause only problematic sources rather than the whole lot. It’s just much better than other networks.

It also enables different payments on the same offer according to the traffic source, which is awesome from our point of view. With dynamic payouts based on source, if an advertiser values traffic from a specific source they can bid up that traffic. From there, we can optimize how we’re scaling volume on that source. Over time, that sort of feature really adds up in terms of making money.”

The importance of having good support is also not lost on Kieran. He brings up Amanda Irons, his publisher rep, without prompting:

“We have worked with Amanda for probably five years or more. Other networks seem to have problems finding capable staff so Amanda takes our Clickbooth experience to another level. I’ll often go to her with a problem and she will both understand it and also come up with a solution very quickly. She’s just super-responsive, even across multiple time zones.”

And if you had to pick one thing that you love about working with Clickbooth?

“One thing they do really well is advertiser relations. We have offers that have been running for years and it makes a big difference to our business. They’re great to work with.”

Mikhail Svinarev is a Russia-based publisher who, in addition to running affiliate marketing campaigns, is also co-owner of a Russian affiliate community known as Defo.cc. He has a big picture view of the industry. He says he has seen a lot of growth but now notices a big trend towards greater regulation and compliance.

“The industry is transforming, getting bigger but with more oversight. As the leader of an affiliate community I see black-hat methods going away and white-mat methods increasing.”

It means that good networks are more important than ever.

“I think there’s a big emotional component to choosing a network partner. You have to feel good about working with them and that’s what I get with Clickbooth. Their communications are very good and they’re really stable. It means I can relax to some extent. I can trust them to help me avoid headaches and they are great at handling any hassle when dealing with advertisers. Our approach is towards stability. We only take on substantial advertisers who can provide stable, long-term business. Just working day-by-day doesn’t work.”

As with Kieran and Dean, having a trusted day-to-day relationship at the network is hugely important to Mikhail:

“Our rep is Margo Saar, she is great. She has worked with us for a long time now. I remember she told me, ‘don’t worry. I’ll handle all your problems,’ and that’s what she has done pretty much. The people at the network are way more important than the platform, and Clickbooth’s people are first rate. But their platform stands out too, especially in comparison to CAKE, for example – CAKE feels almost obsolete now. HasOffers too – it reminds me of something from the 1990s.”

Dan H. works for a well-known US-based lead-gen company in the financial services industry. They’ve worked with Clickbooth for nearly four years, primarily running Facebook traffic. As competition for Facebook advertising has increased, with higher costs as a result, Dan says the quality of the relationship with Clickbooth has become more important:

“Clickbooth are highly responsive and actively works at the relationship, initially to win our business but then also to keep it. Everyone I’ve met on their team seems to share the same philosophy of trust and transparency. I trust them completely not to share our marketing strategies with anyone.”

“A good affiliate manager is a huge help if and when you have Facebook issues, especially on those occasions when the advertiser might be a bit difficult to deal with. My affiliate manager Lauren Bell is genuinely one of the best in the business.”

“We only focus on consumer finance campaigns and we like working with Clickbooth’s offers, not because of the breadth of offers available, but because of the quality. The standard is very high and you can trust them re compliance. That’s really important when we are running traffic from Facebook. Trusting that simple things have been handled, such as international redirects having been turned off, for example, takes a massive load off our mind and helps us maintain compliant campaigns and avoids any issues with Facebook compliance.”

We spoke with Dan towards the end of our week of conversations with publishers, and as luck would have it he came up with the phrase that captured the mood of the whole process:

“Being able to trust your network is a really big deal – it is definitely the most important factor when selecting a network. I struggle to find the weak points in Clickbooth’s offering. They’re in a very competitive business but the fact is, they lead in all areas.”