One thing that becomes obvious as you look through the BLUE BOOK survey data is that a lot of publishers are unhappy with one or other of the affiliate networks they deal with. The complaints are varied, ranging from, “I’m a newbie and they won’t let me join,” through to, “I delivered $100,000 worth of leads and then they refused to pay me.” The common thread though is that networks seem to often treat publishers unfairly.

The question is, are the networks justified? In many cases, the answer has to be yes. Running a network is hard. Especially a CPA network (and in this discussion I’m going to focus on CPA networks simply because they are the subject of most of the comments we receive).

CPA network owners have to work in an environment in which everyone is potentially trying to rip them off. Publishers may be on the other side of the world working for the Russian mafia. Advertisers may be trying to generate some big sales before they go bust and run for Belize. While that is going on, other networks may be sending duplicate leads that have been reposted via proxies. There are sharks on all sides. And it is still only Monday.

So owning a CPA network is not a bed of roses. It can be hugely profitable but talk to any network owner and the conversation often turns to the need for risk management and the fact that most of the time the network is acting more like a bank for its advertisers rather than a marketing solutions provider. Let’s look at just a few of the problems that network owners have to grapple with every day: 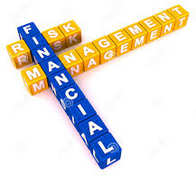 1. Financial Risk Management
It is a fact that the average BLUE BOOK Top 20-size CPA network may have hundreds of thousands of dollars at risk on any given day. Media buys have to be paid in advance, and if not then at least within a very few days. At the same time, advertisers seek to take the longest payment terms possible, and then may even try and squeeze a few extra days before payment arrives anyway. So networks find themselves having to finance the cash flow gap between payment for media today and receiving payment from the advertiser in six weeks time. 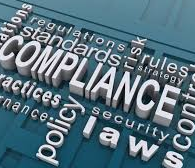 2. Legal and Regulatory Issues
Not only do network owners have to worry about whether an advertiser will pay on time, but also if they are honoring their stated returns policy, making unsubstantiated clinical claims or otherwise breaking a myriad of FTC regulations and guidelines. It is not an accident that several of the best-known CPA networks around have at one time or another been investigated by the FTC. Often, they are at the mercy of the actions of their advertisers. And of course, if a merchant gets shut down, the first thing they do is refuse payment to their network. 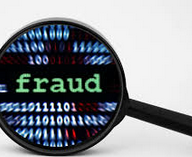 3. Fraudulent Traffic
Incoming traffic is truly the lifeblood of a network. Without it they cannot function, yet if it is infected it can threaten the health of the whole organism. The difficulty comes from the fact that it is easy to create fraudulent traffic in any of a thousand different ways, and networks have to guard against all of them. Even if they buy traffic from other networks with whom they have a working relationship, it is not unknown for poor quality traffic to be deliberately mixed in at the just the right amount to not trigger safeguards. Deliberately fraudulent traffic is a huge problem across the Internet, but for CPA networks it can be an existential threat. 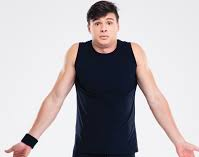 4. Newbie Floods
In most industries, companies would be grateful to have a bunch of people clamoring at the door for the chance to sell products on a commission-only basis. But CPA networks know from experience that it’s not necessarily a good thing. Sadly, 90% or more of new affiliates will never make any sales, yet those who fail demand the same amount of on-boarding, support, guidance, training and administration as those who succeed. Much of the time, networks find that spending time on bringing newbies up to speed is just not worth it. The end-result: newbies spending money on training courses from so-called super-affiliates, while the real super-affiliates go drinking with the network owners at Affiliate Summit. It’s a tough world for newbies and only the fittest survive.

None of this is to say that networks don’t behave badly sometimes. Of course they do, which is why here at the BLUE BOOK we are presenting the conversation from all sides. The performance marketing industry needs better, more professional networks without a doubt, but let’s recognize the challenges that network owners face and overcome every day.

Your thoughts? Send them to: editor@mthink.com