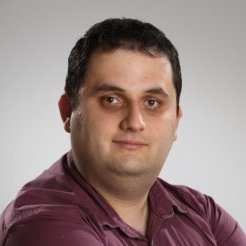 Hundreds of millions of dollars have been raised by AdTech startups over the last few years, and now there is much talk of AdTech being consolidated into the larger concept of MarTech. If MarTech is the future of marketing, will affiliate networks be included, or will they stand apart?
Cristian Miculi: I don’t see why affiliate networks would not be part of this. After all, distribution is key – they are the link between marketing and sales via their affiliates that promote products and services on a performance based business model. All the new popular keywords that have been around in the affiliate marketing space recently – attribution models, customer journey, mobile, etc – will be incorporated in tomorrow’s affiliate network standard, as the marketing people will heavily rely on big data in order to keep a keen eye on the ROI.

Imagine you are a newbie affiliate entering the industry today. Which vertical would you choose? What would be your strategy for success?
If I were a newbie affiliate I would certainly go the “content” way and also invest in some SEM for awareness. So, I would first investigate on the most productive verticals (Geno Prussakov has a recent blog post on the top 20 affiliate niches) on one hand and then I would think about what I like and have experience with. Somewhere at the confluence of these two, I would find my vertical(s). Then, I would determine the saturation of the vertical(s) on top territories and focus on the best productive-to-low-saturation ratio region after getting the specifics of that. For example, I could be more productive promoting travel packages to people from France than focus on the US. And, of course, if I’m looking at the software and digital goods niche, UK, Sweden, and Ireland are some of the top growing countries thanks to better economies and tech markets growing by 6% or more as a result (Forrester, 2015 To 2016 Tech Market Outlook For European Countries). Moreover, a recent study from Gartner indicates that the software market is expected to grow to $326b overall in 2016 (Gartner, IT Spending Forecast 2016).

Affiliates have been using content to drive conversions for years but now even the most traditional of newspaper publishers have adopted native advertising. Is this increase in competition good or bad for our industry?
I definitely believe that overall it’s a good thing, since it raises the standards for content. Performance marketers are always trying to differentiate themselves by offering new info and new ways of looking at the product / service for the customer, so the more relevant the content, the better it gets. Those that have the most objective big picture view of all options on the market (from the point of view of the customer) should get the conversion in the end.

Many people in the supplements industry seem to be rooting for a less regulatory-minded Republican Administration next year. Does it make a difference to the affiliate marketing industry who the next President is?
From a non-US citizen’s point of view, I don’t think that the global affiliate marketing industry is dependent on who the next US President will be. Of course, it can be impacted by financial and/or legal changes, but I believe that we have a pretty mature and flexible industry that can overcome (almost) any obstacle.

Does the difficulty in predicting which creatives will be accepted to run by Facebook and other social platforms make them still useful or too much bother? Why?
With the strong competition between social media platforms, I’m assuming that anyone of them wants to keep their user base happy. Part of this is eliminating as much advertising spam / irrelevant content as possible. So, I can understand this from the users’ point of view. On the other side, I think that given the fact that advertisers pay the advertising on social platforms, they’d want to have as many conversions as they can. Apart from the awareness and quality of the product or service itself, the conversion rate is also higher when you, as an advertiser, deliver relevant ads to potential leads.

About
Cristian Miculi is a seasoned professional in the digital landscape since 2005. He has been in charge with the Avangate Affiliate Network since 2008, coordinating its development and growing it many fold both in terms of affiliates joining the network as well as the software & SaaS product catalog. With hands-on experience in affiliate program management, Cristian is currently focused on developing alliances with technology and digital agency partners in order to maximize the customer lifetime value that the Avangate clients see. In his spare time, Cristian enjoys traveling and playing the piano.