Every week there is more evidence that “traditional” digital advertising is packed with fraud. A remarkable report issued last week found that no less than 43% of mobile ad impressions studied were fraudulent.  Coincidentally in the last month came news that P&G had slashed their digital ad budget by $140 million, and instead of the expected downturn instead saw an increase in sales. Programmatic vendors are seeing their valuations drop as buyers realize that much of the inventory is fake, and that buying direct from premium publishers is where the sales are.

Now more than ever is the time for affiliate marketing to present itself as the solution to this digital marketing dilemma.

Affiliate marketing can effectively cut advertiser risk and yet still I hear CMOs expressing doubt about the quality of the channel. Somebody somewhere should really be financing a research study comparing affiliate vs programmatic conversion funnels – maybe there’s a network out there that has already done one? If so, let me know!

The report from this week was published by Aki Kinetic and Marketing Science. It examined the ad server data and used it to identify those apps that were generating a disproportionate number of impressions. SDK data from Aki Kinetic was then used as a cross-reference to corroborate that the suspect apps were actually running on data center simulators, rather than on real mobile devices.

What’s clear is that efforts by Google and Apple to police their app stores are ineffectual in terms of stopping this kind of ad fraud, so it isn’t going to stop any time soon. That means that the opportunity for affiliate networks is significant and likely to persist for some time to come.

An investment in research data and sales organization by the bigger networks is long overdue. Let’s hope we see more of it moving forward. 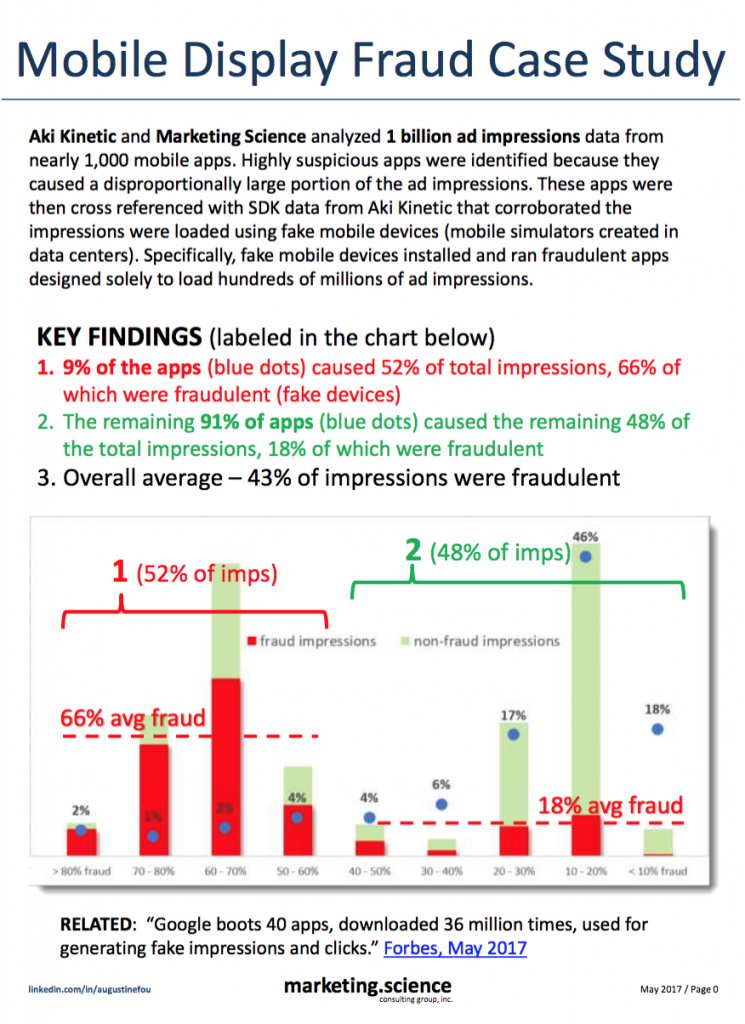