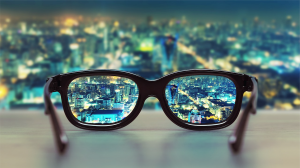 When you buy a display ad, how long does it need to be on screen for it to be effective? Maybe a couple of seconds? That seems reasonable enough, right?

Here’s the reason it matters: 80% of Facebook’s inventory doesn’t meet that standard. Over three-quarters of the ads you buy on FB aren’t displayed for even just two seconds. As performance marketers we often forget to think about these kinds of metrics when buying media. We just look at the end-result: does the offer back out? Is the CPA sustainable? But viewability is key to taking results to the next level, and should be a focus of your media buying team.

A bit of background: if you have never heard of the Media Rating Council (MRC) it is not a surprise. It is not an organization that gets a lot of attention from affiliate marketers but it is important part of the online adverting ecosystem. It was established by the US Congress back in the 1960s to establish industry audience measurement standards that are valid, reliable and ethical. They set the standards by which our advertising audiences are measured.

In particular, the MRC sets the “viewability” standard for display advertising. When you buy display ads on GDN or Facebook (or pretty much anyhere else), the number of impressions for which you are billed is based upon the MRC standard. Currently it states that for an impression to be valid, only 50% of the ad pixels need to actually be in view for two seconds.

The problem with a standard like this is that there is an inevitable tension between the interests of publishers and big ad platforms (like Facebook and Google) who want to have the loosest standard p[ossible in order to maximize the number of impressions that can be sold, versus those of advertisers, who want the best quality impressions possible.

To balance these interests, the MRC has to compromise. But Google and Facebook are now so dominant that many people, myself included, feel that the MRC standard is slanted far too much in favor of the ad platforms and big publishers.

What does that mean for media buyers? According to new research, compared to the current standard of 50% of pixels for 2 seconds:

“We can see that the greater level of coverage translates to more sales across any platform, whether its online or TV. Even though the viewability standard is not for TV, we can see that the results hold beyond an online environment, regardless of device or the specific platform or website.”

Viewability is the new frontier of media buying. This research is the tip of the iceberg in terms of making display ads more efficient for brands and merchants. There’s a widespread realization that when 90% of growth in online advertising is going to just two companies (Google and Facebook, now becoming known as “the Duopoly”), the situation is not sustainable. Viewability standards have to improve. Out of that process will come an important benefit for publishers too: Facebook’s inventory is much more dependent on showing only parts of an ad creative. Premium publishers typically have a high percentage of ads that are fully displayed. Revised MRC standards could help publishers take back some share of ad dollars that are currently being scooped up by Facebook’s marketing platform, much of which is a black box with zero insight into what is really going on.

Viewability matters. Does your media buying team understand why?

About Chris Trayhorn
In addition to founding the Blue Book awards and rankings, Chris Trayhorn is the CEO of mThinkDigital, a full-service marketing agency that is happy to work closely with affiliate networks and that has an insanely good media-buying team focused on customer-acquisition, ecommerce growth and data-driven strategy.