If you were going to launch a business as a publisher today, what business model would you adopt to make money? 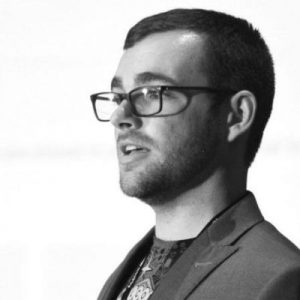 Luke Kling: Everything is going mobile so I would focus on how people are consuming content on their mobile devices and try to figure out how I can provide value to them in exchange for their attention. There is a ton of opportunity with mobile messaging.
What geos would you target and why?
I typically try to stick with the United States. While it’s more expensive to advertise in the U.S., it’s what I know best and I believe I would have a much easier time building a team for my business in the United States (which I assume is what geo they would know best as well).
Put yourself in the position of a fashion- or beauty-focused publisher CMO coming into the holiday season. What are the main points of your plan for the next four months?
It’s time to ramp up. Conversion rates increase significantly during the holiday season beginning shortly before Black Friday and through Christmas.
By how much should your media budget increase?
It really depends on what we’ve been spending leading up to the holiday season, but considering the rise in conversion rates, I’d recommend ramping up 5-10x leading into Black Friday and the weeks following.
What kind of return should you expect?
I have seen conversion rates double to quadruple on Amazon alone during the holiday season. Most big Shopify merchants report similar results.
Many publishers struggle with data management and understanding how their own media buying flows through into affiliate commission. How much help should they expect from their network?
The network should be able to help explain their value proposition. If the correct tracking is in place then the numbers will speak for themselves.
About PeerFly
PeerFly is an award-winning, international online affiliate platfform that removes the costs, risks and headaches associated with traditional online advertising by funneling that burden across a network of thousands of professional affiliates who get paid only when a measurable transaction occurs, such as a lead or sale.
Author: Luke Kling, PeerFly Director of Marketing