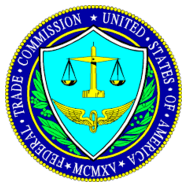 Last week, the FTC announced that two individuals and the business entities that they ran have settled a federal district court complaint brought by the Federal Trade Commission and litigated by the Department of Justice, that alleged they ran a telemarketing operation that made millions of unlawful robocalls promising consumers energy savings in order to generate leads to sell to solar panel installation companies.

According to the 2016 complaint, the defendants called millions of consumers on the Do Not Call Registry, claiming to be a non-profit organization trying to help consumers reduce their energy costs.

The FTC alleged the defendants’ robocalls made statements such as: “This is an urgent call about your energy bill,” and “stop the 14% increase coming soon.” Consumers were told to press “1” to lower their electric bill.  Those that did were transferred to a telemarketer who asked if they were also interested in solar panels.

As set forth in the complaint, if the consumer said yes, the telemarketer scheduled an appointment with a private solar installation company and sold the consumer’s information to that company as a customer lead.

The defendants allegedly sent phony caller ID information and often continued to call consumers even after they asked not to be called again.

The stipulated court order resolves charges of alleged TSR violations, including calling consumers whose numbers are on the DNC Registry,  continuing to call consumers who had previously asked not to be called, failing to transmit accurate caller ID information and making illegal robocalls.

The order permanently bans the corporate defendants and one of the individuals from all telemarketing, bars another individual from violating the FTC’s Telemarketing Sales Rule (TSR) – including prohibiting him from calling consumers whose telephone numbers are on the DNC registry and robocalling consumers without their written consent – and requires the defendants to pay $155,000.  A civil penalty of $1.4 million has been partially suspended based upon ability to pay.

One of the individual defendants has also been banned from selling lists containing telephone numbers of consumers on the DNC Registry.

Consult with an FTC advertising compliance and defense lawyer for information regarding lead generation and telemarketing compliance requirements, or if you are the subject of a regulatory investigation or enforcement action.

ADVERTISING MATERIAL. These materials are provided for informational purposes only and are not to be considered legal advice, nor do they create a lawyer-client relationship. No person should act or rely on any information in this article without seeking the advice of an attorney. Information on previous case results does not guarantee a similar future result. Hinch Newman LLP | 40 Wall St., 35thFloor, New York, NY 10005 | (212) 756-8777