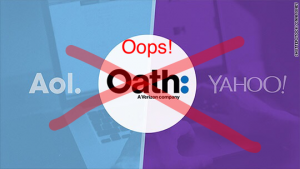 In an under-reported SEC filing last week Verizon recorded a massive $4.6 billion loss on its Oath media division. This means that the goodwill value of Oath, created from Verizon’s acquisitions of AOL (for $4.4 billion) and Yahoo ($4.48 billion), is now regarded as not much more than zero. The carnage continues in a digital media industry that is in turmoil.

Publishers have been under extraordinary pressure for the last few years as first Google, then Facebook, extracted an ever larger share of online advertising market share. Verizon’s big idea was to merge two ailing legacy Internet giants and benefit from the scale of 2 billion users. Didn’t happen. The reality is that sheer scale doesn’t matter in a world in which a company like Google makes the market for much online advertising – and takes a commission for doing so – while also competing for impressions.

Business model is the only thing that can consistently make a difference, which is why pay-for-performance is so well-positioned going into 2019.

The economic impact of Google’s dominance is hard to quantify but one effect has been the rise of so-called header bidding, described by Justin Choi of Nativo recently as,  “…literally a hack that the industry has devised to circumvent Google’s powerful position in auctions. With header bidding, rival exchanges like AppNexus worked with publishers to increase competition for their ads — competition that was previously suppressed by Google. The higher yield that publishers have seen by implementing header bidding represents the quantifiable damages of Google’s hegemony.”

Choi continues:
“Google’s acquisition of DoubleClick set the stage for its monopoly in the realm of digital advertising. In order to maintain control over each ad impression, Google set up two moats around this business: It made ad serving a low- to no-cost proposition, and it ultimately tightly coupled the use of its ad server and Google’s AdX demand. The ability to even consider adoption of another ad-serving platform was virtually eliminated for the majority of online publishers, which could not afford to lose a steady stream of AdX revenue.”

Header bidding has one big disadvantage in that it introduces a lot of latency into the process, i.e. it slows down ad serving. Naturally Google has a technological solution to this, Exchange Bidding, but this simply brings publishers back under Google’s control. The linked article discusses the particular issue in depth, but the broader point is that publishers are fighting back against the Google/Facebook duopoly, as they must if they wish to survive.

The online marketing industry has a huge opportunity ahead as TV advertising moves online, however no industry can thrive if a two company duopoly is extracting 90% of the growth in the industry. Publishers and networks must be aware that relying on Google or Facebook traffic and/or tools is not the bargain that it often appears.

And for advertisers, especially those that have not yet moved into performance marketing, now is the time to test it, just to see how much of your programmatic and search spend is being lost to self-dealing, fraud and arbitrage. Affiliate marketing may yet prove to be the savior of the Internet publishing industry.