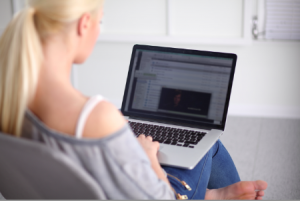 NEW YORK, NY–(Marketwired – Feb 4, 2016) – Rakuten Marketing today released findings of a survey Rakuten Affiliate Network commissioned to Forrester Consulting on the perception and effectiveness of affiliate marketing programs. Among the results, nearly 90 percent of advertisers said that affiliate programs were important or very important to their overall marketing strategy, and the majority of publishers revealed that affiliate partnerships drove more than 20 percent of annual revenue. Once regarded primarily as a tool to drive consumers to the purchase event, affiliate marketing is now viewed as a powerful channel for consumer discovery that leads to brand engagement and incremental sales at compelling ROIs.

According to the study, the affiliate marketing space has matured into a significant channel for driving sales for advertisers of all sizes. US affiliate marketing spend will increase by a compound annual growth rate (CAGR) of 10.1 percent between 2015 and 2020, to an estimated $6.8 billion industry. The platforms that affiliate networks provide for advertisers and publishers are in many cases the engines of sales growth, offering measurement and quality assurance for both.

Advertiser and Publisher Investment is High

*Respondents had the option to choose all that apply

“Affiliate marketing is a high-value, low-risk strategy proven to drive sales and awareness for brands and revenue for publishers,” said Adam Weiss, General Manager and Senior Vice President of Rakuten Affiliate Network. “When done right, it cultivates mutually beneficial and authentic relationships between brands and publishers, and those publishers and their audience.”

Methodology
Forrester surveyed over 150 advertising decision makers at U.S. companies with a minimum of $200 million in revenue, and more than 150 decision-makers with U.S. publishers that either rank in the top 5,000 sites by traffic volume in the U.S., or have 300 or more followers on a major social network platform. Forrester also conducted 10 in-depth interviews with advertisers and publishers to explore the challenges and opportunities affiliate marketing presents.

Operating as a division of Rakuten Inc. (4755: TOKYO), one of the world’s leading Internet service companies, Rakuten Marketing is headquartered in San Mateo, with additional offices in Australia, Brazil, Japan, the United Kingdom, and throughout the United States. Follow us on Twitter or learn more at http://rakutenmarketing.com.