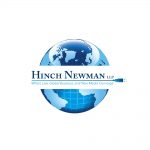 The Federal Trade Commission has announced that it has permanently banned an alleged work-from-home scammer from selling or promoting business opportunities and from using robocalls under the terms of a settlement. The FTC alleged that an individual and a number of companies he allegedly controlled initiated millions of robocalls nationwide to promote purported sham … END_OF_DOCUMENT_TOKEN_TO_BE_REPLACED